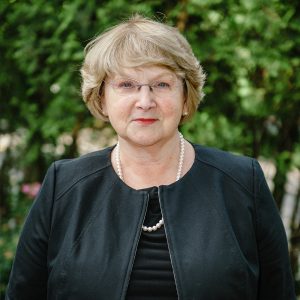 Jill H.B. Patel is a former hospital administrator who worked at Thomas Jefferson University Hospital in Philadelphia, the former St. Vincent’s Medical Center on Staten Island, Maimonides Medical Center in Brooklyn, and the New York-Presbyterian Medical Center in Manhattan from which she retired as Director. Prior to working in academic medical centers, she was an educator who taught graduate courses in early childhood education and established the first-day care center at Harvard University. She has served on the Board of Jacques Marchais Museum of Tibetan Art, the Harvard Schools Committee of New York City, and as a member of the New York State Justice Center Surrogate Decision Making Committee. 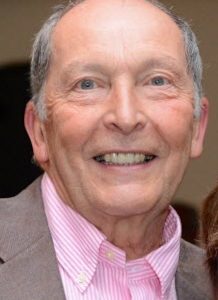 David Lehr is a retired attorney and former Chief Assistant District Attorney for Staten Island, also serving as District 31 Community School Board Member and as an Adjunct Professor at St. John’s University. He is presently the Board Chairman of the Visiting Nurse Association of Staten Island and is a trustee at Staten Island University Hospital. 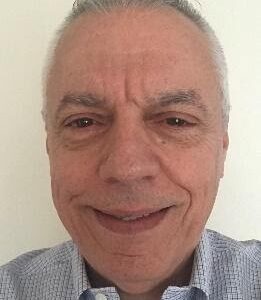 Eddie is the founder and president of Chris Limo USA which is headquartered in Brooklyn, New York.  He started this company in 1990 and it has enjoyed 30+ years of successful operations at major airports in the continental U.S., Hawaii, Puerto Rico, and Canada.

Eddie created this business to business company with clients coming from the major internet providers including Expedia and Trip Advisor. Services include providing ground transportation 24/7 from all major airports and private airports as well.  Chris Limo USA offers premier vehicles for all types of special events with an impressive fleet of limousines, SUVs, and sedans (including Mercedes cars, SUVs, and custom limos).  Chris Limo USA is a world-class provider, servicing 1 – 100 passengers at any given time.

Eddie lives in Staten Island with his wife and family.  He enjoys travel, the theatre, and golf. 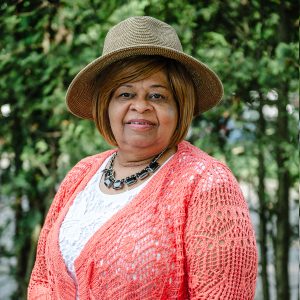 Deborah is the parent of two children, one of whom is a child with special needs. Deborah is the Director of the Staten Island Family Resource Center since 2004, where she is actively involved in ensuring that families and caregivers of children and youth with special needs receive the needed services. She holds a Masters in Social Science from Antioch University. She has also received numerous certifications in the Applied Behavioral Sciences and in Organizational Psychology. She has also completed Post Graduate studies at the University of Pennsylvania. She has received her credentials in the Family Development and Credentialing Program offered by Cornell University. She is passionate about her role as an Advocate, especially as it relates to the educational needs of children and youth. Deborah currently serves as the Treasurer of the Board of Directors for Families on the Move of NYC; Inc. Deborah was Formerly Borough Based Council Chairperson and New York State Coalition for Children’s Mental and Behavioral Health, Executive Board Member and Founding member, Trustee and Chairperson of The John W. Lavelle Preparatory Charter School. Deborah is currently Chairperson of the Board of Trustees for the Integration Charter School of Staten Island and is seeking re-election. 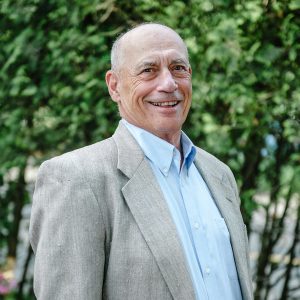 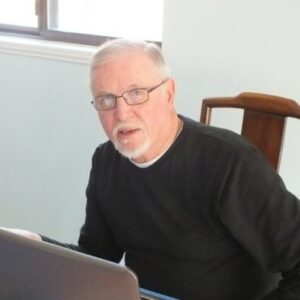 Most recently a program evaluation consultant at Lavelle Prep from 2014 through 2017, John has previous experience as a consultant in the development of New Charter Schools as well as Great Schools Partnership in Knoxville, Tennessee. Prior to his work at Lavelle, John served as a leadership coach and senior program officer at New Visions for Public Schools in New York City. Earlier in his career, John was also the superintendent of public schools in New York, Illinois, and Massachusetts. 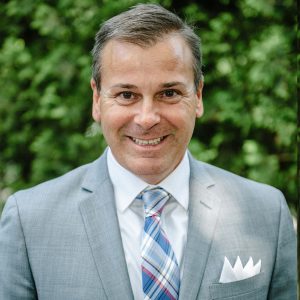 Michael Caridi has an active role with charitable organizations and nonprofits throughout Staten Island. In addition to his role on the board of ICS, he is also the treasurer of the board for St. George Theatre, and spends time planning and presenting events at both the Snug Harbor Cultural Center and the Staten Island Economic Development Corporation. He has also worked closely with Staten Island University Hospital and founded the Puddin’ Kids 1st Vincent Gruppuso Foundation which provides support to underprivileged children and children in need. 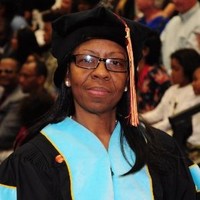 Dr. Barrett Williams e is a motivational and inspirational speaker, teacher, preacher, and leader with extensive background in educational leadership and training. She obtained her PhD. in Philosophy and School Leadership from Concordia University- River Forest, as well as her M.S.Ed., in Special Education and a post-graduate diploma in school administration from the College of Staten Island. She holds a NYS School Administration Supervisor and NYS School District Administrator license granted by the New York City Department of Education, and is also an adjunct professor of education at Touro College. Dr. Barrett Williams also proudly serves as the CEO and Senior Pastor of Reach out and Touch Ministries Int’l, a religious, non-profit organization servicing mental, emotional, social, and spiritual needs for all age groups within and around the North Shore communities of Staten Island. 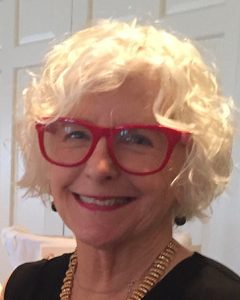 Dr. Bonnie Johnson Fritz,Ph.D. is a native of Georgia. She received her BA in Humanities and a Master of Arts in Teaching English from Emory University. She also received a Master of Education in Reading and a Ph.D. in Communicative Arts Education from Georgia State University.

Bonnie has over 30 years of experience in higher education focusing on high impact programs designed for student success. In 2003, Bonnie was named Professor Emerita at Georgia State. She helped to establish the Emeriti Organization at Georgia State University, serving as chair of the steering committee and creating the organization’s first newsletter. Since moving to Staten Island, Bonnie has enjoyed becoming a part of the College and community through teaching, volunteering, and engaging in several Island organizations and events, including serving as a member of the Board of Directors for CSI Hillel, Integrated Charter Schools, and the Greenbelt Conservancy as board member and chair of the Education, Nature Center, and Public Programming Committee. 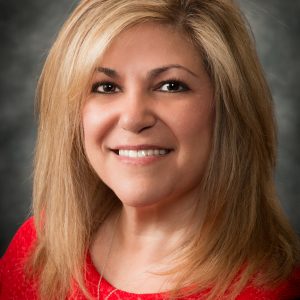 Robin Lefkowitz, Northfield Bank’s Executive Vice President and Director of Branch Administration and Business Development, has over 30 years of banking and financial experience.  Specializing in customer relationships and growth of the bank’s overall branch system, Robin’s wealth of experience spans throughout the Northfield Bank network, located in Staten Island, New Jersey and Brooklyn. Prior to her position with Northfield, Robin was Vice President, Business Development, for Independence Community Bank, where she was responsible for developing customer and account growth throughout the Brooklyn marketplace.  She joined Independence in April 2004 following its merger with SI Bank & Trust.  With SI, Robin was Vice President, Trust and Investment Development, where she held that position for over four years.  Prior to SI Bank, Robin worked for GreenPoint Bank in the capacity of Branch Manager, for 13 years, throughout the Brooklyn, Long Island and Manhattan marketplace. Robin holds a Bachelor of Arts Degree in Political Science with a minor in Economics, from Brooklyn College and a Master of Business Administration Degree from Wagner College. 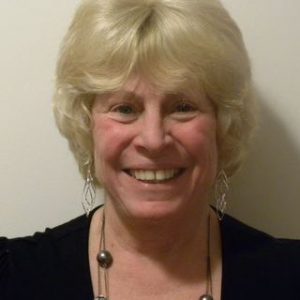 Dr. Doris Schueler, Ph.D. has a private practice in South Plainfield, New Jersey specializing in treating children and families, and is also the President of the Middlesex County Association of Psychologists while supervising doctoral students from the Rutger’s Psy.D. program in New Brunswick. 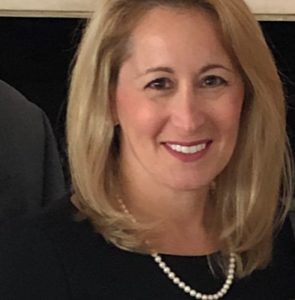 Denise Henick grew up in Mariners Harbor and lived in several neighborhoods along the North Shore before settling in St. George at Bay Street Landing. Ms. Henick oversees the Stop & Stor Charitable Fund which, to date, has disbursed over $2.75 million dollars since its inception in 2002. Ms. Henick initiated Team Stop & Stor for the Making Strides Against Breast Cancer on Staten Island. Every year, Denise can be found smiling at the head of her team to promote breast cancer awareness. Denise is a member of the Staten Island Chamber of Commerce and the SIEDC Executive Women’s Council. In November of 2017, she was the recipient of the SIEDC’s Executive Woman of the Year Award. Additionally, she was recognized by Michael’s Cause in appreciation of her support at their 2017 annual event. In February of 2018, Denise was the recipient of the highly-respected Louis R. Miller Business Leadership Award. Most recently, Denise was the NY1’s New Yorker of the Week. Denise began her career working for the City of New York, Office of the Mayor for almost 20 years. Having assumed many roles under the Koch, Dinkins and Giuliani administrations, Denise left city government as Deputy Director of Fiscal Operations under Mayor Rudy Giuliani. 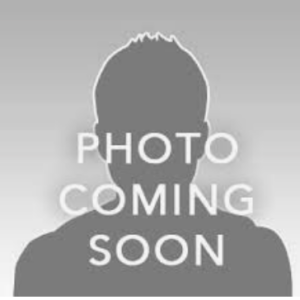 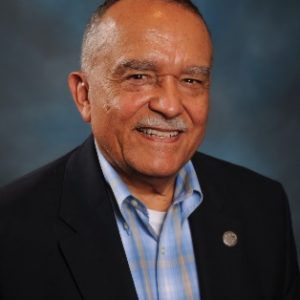