“There are STILL too many meetings. 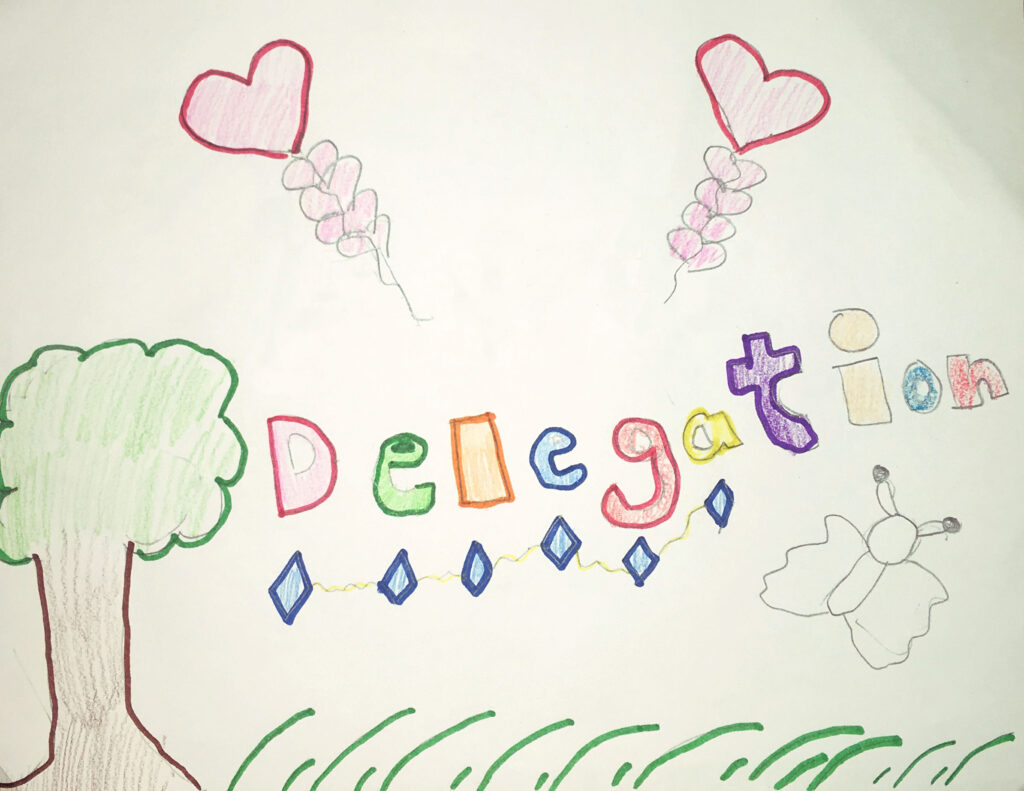 “I’m still not able to get my job done.”

I grew up on folk music, rediscovered and revived in the 1930s by balladeers like Woody Guthrie (Arlo’s dad) and Pete Seeger — enriched with songs of the dust bowl and the labor movement.

My father played guitar and sang.

I started playing guitar in 10th grade after banging up my knee playing football. In college, I played the washtub bass in impromptu folk bands.

The refrain from one of the early labor songs still echoes in my mind as I listen to our people share their feelings of being overwhelmed.

“The Ballad of Joe Hill” is in my head. A labor leader who was executed by the firing squad for crimes he probably did not commit became a hero of the downtrodden. His final words, “Don’t mourn for me, organize,” inspired generations. They rattle in my head, taking varied forms.

“There are too many meetings.”

I hear Joe Hill. “Don’t mourn for me, delegate.”

Delegation is perhaps the hardest and most important task for rising leaders to learn.

Generally, people get promoted into leadership positions because of their demonstrated skills and things they do well, often wonderfully well.

To succeed in the new position, however, is to successfully take on new tasks. For a while, the rising leader may be able to add these to what is already on their plates.

Taking on more and more, they often work longer hours.

Eventually, there is overload. “There are too many meetings. I can’t get all my work done.”

“Don’t mourn for me, delegate.”

Probably not. At least not in the beginning. You couldn’t do what you’re doing now as well as the first time you did it.

For many, this is hard to digest. For so many rising leaders, one of their greatest strengths is their meticulousness.

“It will take too long to train someone do it. I can do it faster myself.”

It will take time.

When I put someone in a new role, I generally check their work pretty frequently. Pretty quickly, though, with the meticulousness in which rising stars produce work, my confidence in them soars. I no longer need to check their work.

It will take time at first. But soon, it will save time.

And then there is power. When I keep control over an important task, even one that I could delegate, I have power. If I delegate, I am surrendering power to someone else. Or at least it feels that way.

Harder for some of us than for others.

Zen practice is all about letting go of attachments. Sitting still, noticing what is arising we become aware of our attachments, of our clinging, of what we are afraid to lose.

Often our conditioning tells us to cling tightly to the reins of power.

From the first phase of our school development, I was our chief writer of both of charter and grant applications. A moment of enormous pride occurred during Lavelle Prep’s first renewal. The head of the City review team told us not only was our application really excellent, it was also the shortest they had received. This was great to hear.

I have always prided myself on the clarity and the brevity that comes from getting rid of extraneous words, particularly the adjectives which convey nothing but self-adoration.

A few years ago, for the first time, we delegated the writing lead. Letting go of this task was highly anxiety-provoking. Would the applications be as good?

But they have been highly successful.

Could I have improved the second Lavelle Prep renewal if I had done the final editing? Perhaps. But when Lavelle Prep received a second maximum term renewal, the result could not have been better.

No matter how many hours I spent on the final version, I could not have improved the outcome.

Not every task lends itself to continuous improvement opportunities. Real growth both personally and organizationally means taking on new challenges frequently. And to take on new tasks, it is essential that we unload something that we are currently doing.

I have suggested to our leaders that a model for continuous growth is to delegate each year 10% of what you were doing last year. This makes your own growth possible and simultaneously allows you to offer growth opportunities to members of your team.

What do you take on next? Ironically, this often means more meetings. When rising leaders are asking to be excused from meetings, — “I have too many meetings,” – they explain that what is being discussed does not relate to “my team,” “my department”, “my responsibility.”

Without realizing it, they are resisting the evolution of their careers toward general management. It is only by sitting, without preconceptions of how I will contribute to the discussion or what I will learn that the possibility of getting outside my silo actualizes.

One of the most gratifying moments in leadership development is to witness the joy of a rising leader who made a contribution to a discussion of a topic about which she had previously assumed she had nothing to contribute.

Unfortunately, more often we witness closing off. Today’s technology creates unfortunate opportunities for multi-tasking. In Zen, we call this not being present.

Even though I doodled in high school, I want to throw the multi-taskers out of the room.

Old-time Zen masters would shout a lot or hit the student with his staff. Wake up. Be present.

“I know that what is going on here doesn’t require my full attention.”

Wake up. Knowing is living in the past. The past is gone.

Wake up to the present, to the joy of not knowing.

Lavelle Prep is proud to announce that our high school has been ranked amongst nearly 18,000 of the top educational institutions in the nation, according to the U.S. News &...