What are charters? I had no idea when I first heard of them. Jamie

My daughter was in kindergarten in a Montessori School, and all the parents were talking about what to do as first grade approached. One of the other parents, a professor of education at a local college, suggested that we create a Montessori charter school so that we could continue the kind of schooling we had been enjoying, in our case since Jamie was 2.

I was interested and willing to collaborate. Then I found out about the lottery. In New York State, admission to charters is entirely through a lottery. I learned that even if I spent countless hours working on the charter application, there was no guarantee that Jamie would get in. Selfishly, I lost interest. At that point, I didn’t see my life in education reform. I was totally committed to reform of the mental health system.

I had spent my whole career in mental health.

We had recently founded The Verrazano Foundation as a vehicle for combating stigma and discrimination against people living with mental illnesses. It wasn’t until a couple of years later that Francisco Lugovina, “Paco,” showed up at a meeting of the Foundation board with an out-of-the-box idea.

Paco is a Dharma brother. Years ago at the request of our teacher, Roshi Bernie Glassman, I had shaved Paco’s head in preparation for his Tokudo ceremony, the first step on the path to Zen priesthood. When I asked Paco to join The Verrazano Foundation board, he had agreed immediately.

Paco, who is famous for his wild ideas, showed up with the suggestion that the Foundation considers creating a charter school. The rest, as they say, is history. I have learned more about charters,  and education, and school reform than I had ever expected.

Charter schools are public schools operated by private entities under charters from a State. As a result, charter schools receive public funding. The funding formula varies from state to state and by district within states; some states, unfortunately, have not passed enabling legislation and hence have no charter schools.

Charter schools may be operated by for-profit or not-for-profit entities.

Charter schools have a mixed heritage. The piece of that heritage that we identify with is the part that is rooted in the education reform movement, especially that part known as whole-school reform. Because charter schools are unconstrained by calcified civil service regulations and because they are often unconstrained by restrictive labor contracts, charter schools have the potential to innovate which many publically operating systems lack. We have been able to experiment with innovative staffing designing, expanding the roles of teacher assistants, and creating new pathways from a teacher assistant to a professional teacher. We have been able to experiment with variations in the school day, most days notably at New Ventures, our transfer high school. We have been developing a radical peer review system that has transformed teacher learning. And as importantly, we have been able to quickly abandon failed initiatives.

Because charter school networks can be much smaller than many, particularly urban school districts, they have the potential nimbleness that large public school systems lack.

These factors create enormous potential for innovation, which is not to say that we have ever been able to exploit these opportunities fully. But there is always that exciting potential.

There is another part of our charter school DNA with which we do not identify and which has led us to inherit enemies that we feel we don’t deserve. Part of the energy for charter schools came from the failed school voucher movement. Probably with good reason, the voucher movement became identified with and largely grew out of a strategy to thwart school integration initiatives.

The charter school movement, therefore, in its origins, drew support not only from some of the more dynamic elements in corporate America, including venture capitalists, which saw American schooling lagging internationally as a global, competitive disadvantage and sought change but also from socially conservative sectors. For some, support for charter schools was no doubt part of a larger anti-union strategy.

Some charter schools benefitted enormously from corporate and philanthropic support, leading to the perception that charters generally enjoyed unfair advantages in competition with district schools. Other anti-charter arguments, most include notably the allegation that charters discriminate against the most disadvantaged students, are out to break the unions, or destroy public education. followed.

Sure, when we opened our first school on Staten Island in 2009, I hoped that we would be one of the schools that benefitted from philanthropic largess. I spent time in those first years, when funding was very tight, pursuing large foundation grants. In those efforts, we were unsuccessful. But we have grown. We now operate 3 schools serving over 1000 students. A fourth school will open in 2021. (A fifth school, our first off Staten Island, is now in the planning stage). When fully operational (new schools add students gradually, generally over a period of five to seven years), we will be serving almost 2000 students. At this scale, we no longer need to chase philanthropic dollars to meet our basic operating budgeting. Extra funding allows us to pursue new initiatives. All of our schools are committed to fully integrating students living with emotional challenges and other disabilities in all our programs and classes. All are committed to providing a pathway to college and career readiness to all students, not as alternatives that have historically channeled the less advantaged students away from college but as a program that enables all students to graduate with multiple options and opportunities.

So far, in our experience, they are vehicles of service. Our schools are providing educational opportunities for students who did do not fit in the district public schools, students who were are being lost, students whose parents were being ignored. That is wonderful. Our schools are making a difference. Have they turned out to be the vehicles for reform of American schooling? So far not yet. But there is still hope. 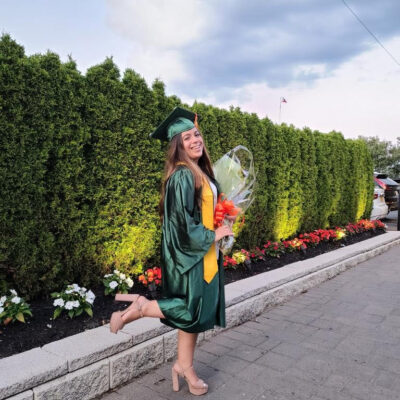